David Glaser reviews Sandor who played at an anniversary concert at the L’Usine à Gaz in Canton Vaud.

When Sandor jumped on stage for the 20th anniversary of the Fondation CMA at the L’Usine à Gaz de Nyon on the last night of September 2017, the atmosphere was electric. Music professionals from the Romandie region and around Switzerland, plus a flock of political guests had gathered there waiting for Sandor, a “synth wave” sensation trio comprising of Sandor, Noémie Mendez and Jérémie Duciel. 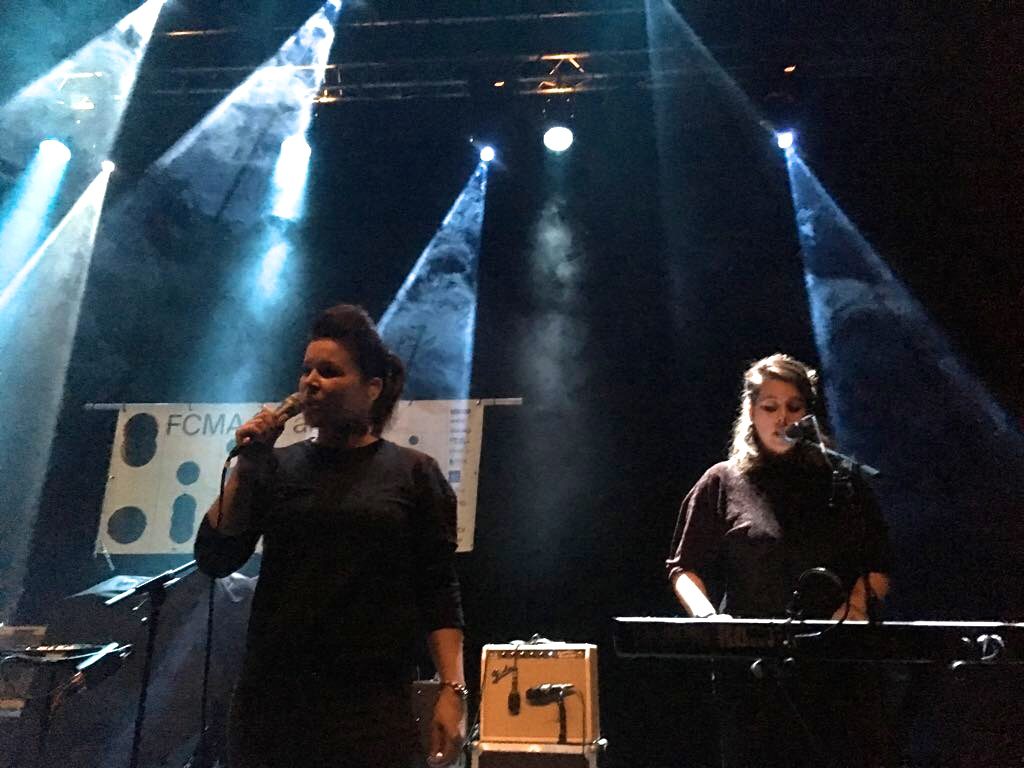 There was no introductory speech other than a frank “thank you” to the support of FCMA. This foundation began in the town of Nyon 20 years ago based on an idea by Daniel Rossellat (founder of Paléo along with Jacques Monnier) and Marc Ridet. The goal of the association is to promote the Swiss Romande music scene both here in Switzerland and in the rest of the world.

Martial beats from Jérémie began the show, bass waves and synthetic rhythms rumbled across the venue followed by raw and poetic words from Sandor. The track “Parmi les miens” recalled the darkness of an elegant French new wave scene such as Kas Produktt, Marquis de Sade and their offspring Grand Blanc, Fishbach or Lescop.

The Sandor trio created a Richter scale of emotions that night including singing “Ange gardien” with its poisonous lyrics. With Sandor’s posed voice and clear lyrics, the audience was driven into a slow mild euphoria. Noémie’s voice added to the choral mix that night on “Rincer à l’eau”, the single that has had the most airplay on Swiss airwaves.

The set ended with Neuchâtel’s electro artist called Flexfab. This beatmaker (of the Michigang rap collective) brought his personal touch to the dark and seductive music of Sandor.

The trio should seduce Canadians accustomed to this genre of music as the group is invited to the festival Coup de Coeur francophone at the 8th and the 9th of November.

Note: Catherine also saw Sandor at an unplugged concert behind the scenes at Paléo 2017 and was equally impressed as David! 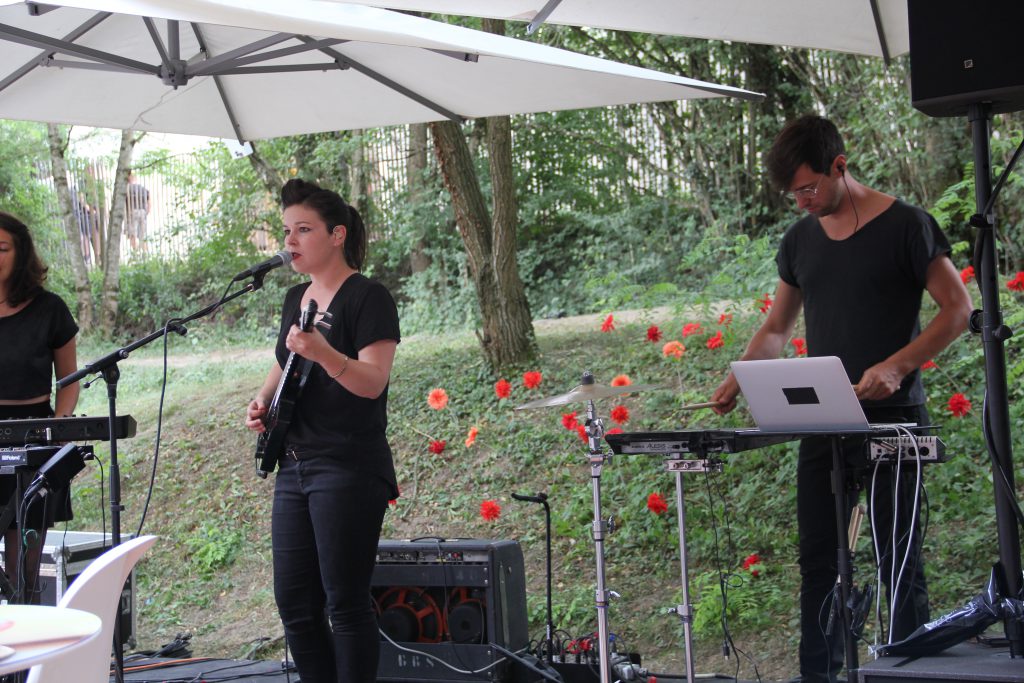 Here’s the Springtime 2016 Swiss Music Show collection of songs. Catherine and David have picked music from all over Switzerland for this latest recording. Enjoy music from Maddam, Death by Chocolate, Faytinga, Klaus Johan Grobe and Grand Cannon. 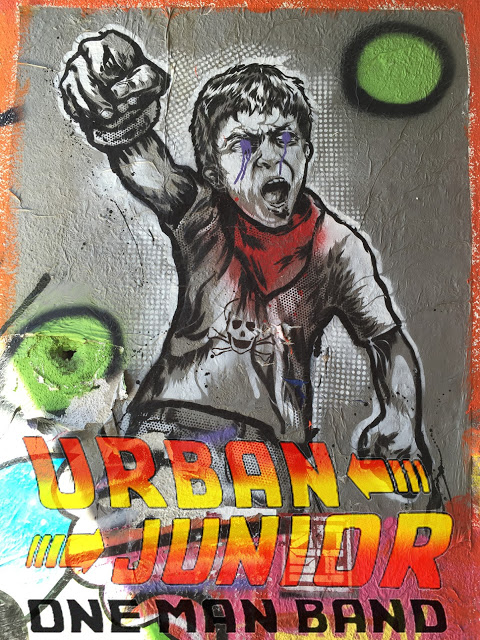 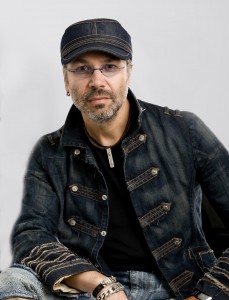 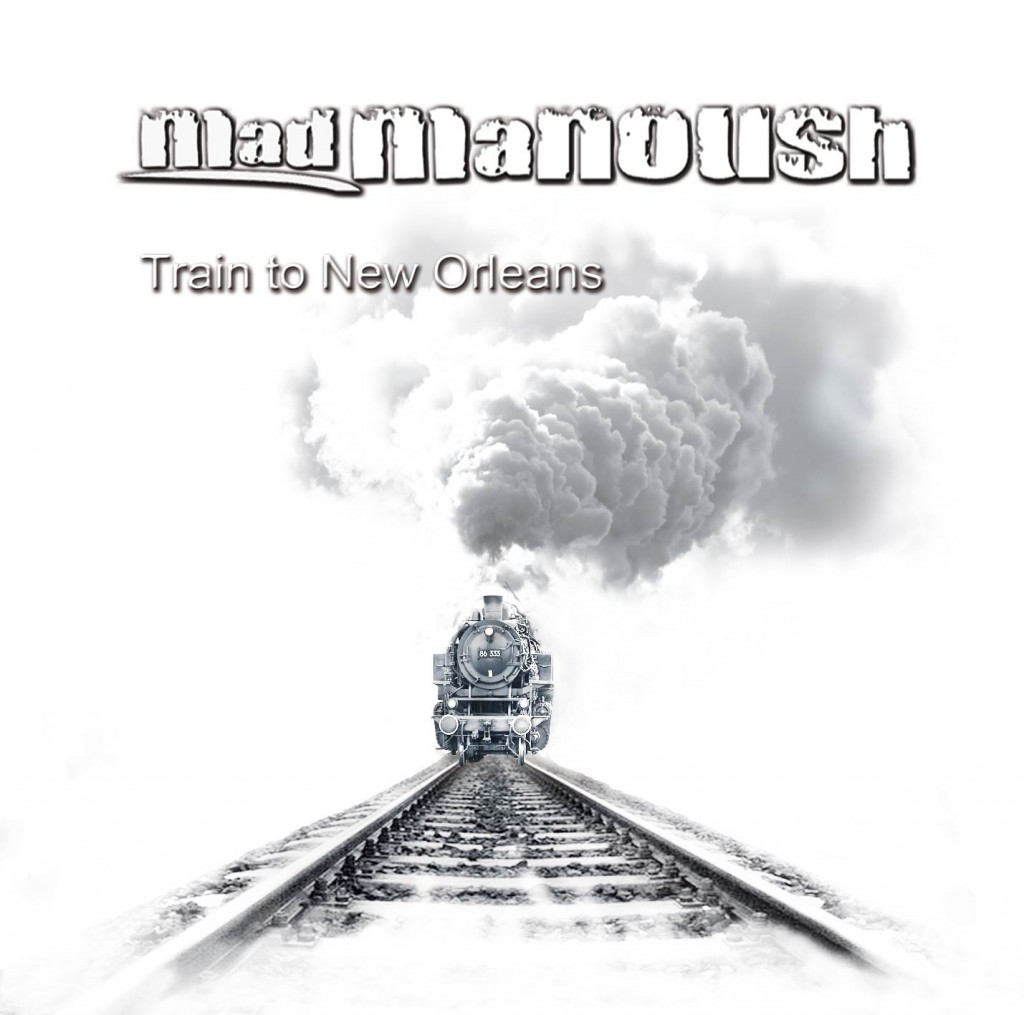 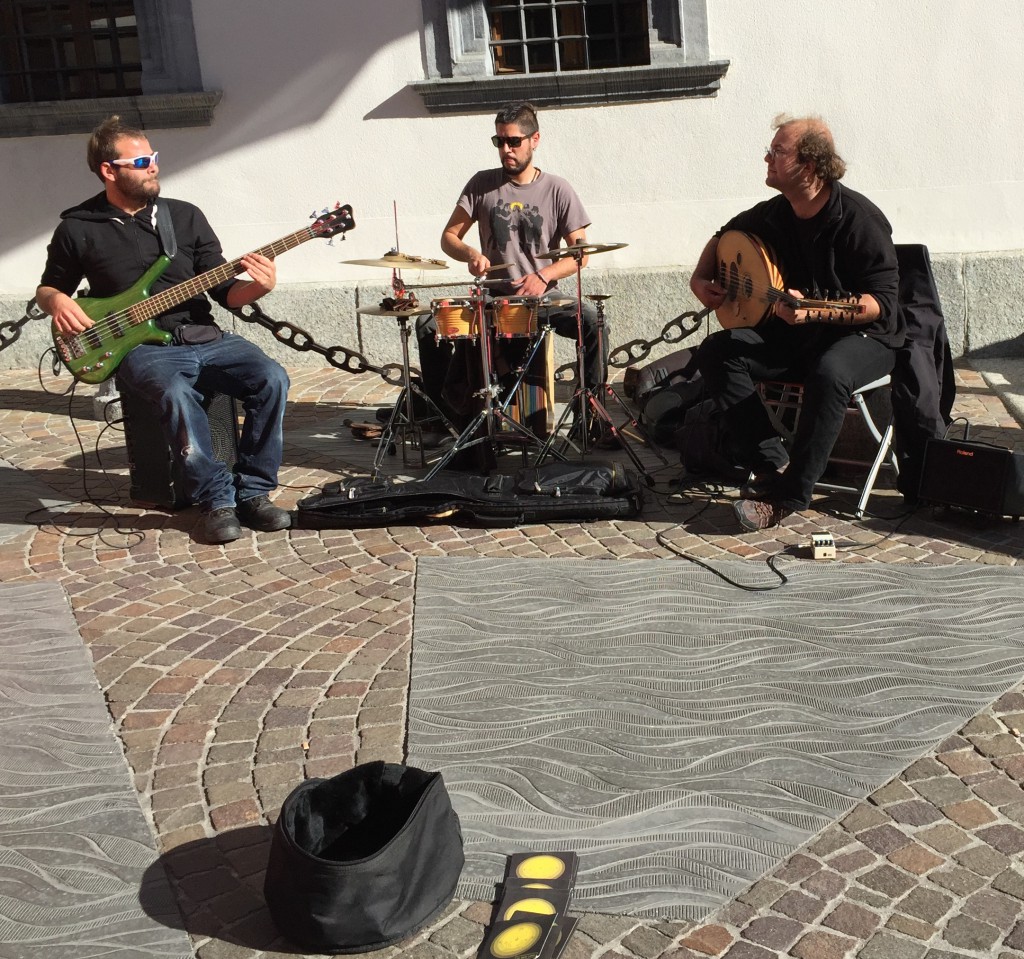 Summer is here in Switzerland and with the warm weather comes a whole host of music festivals and concerts across the whole country. In addition to the big named festivals: Paléo, Frauenfeld etc, there are also lots of small festivals that are held in intimate venues or in small villages high up in the mountains. These are well worth looking out for, not only can the entry price to these concerts be very good value for money (and you can turn up without having to have bought your ticket six months in advance), but you never know who you might find or hear at these small venues. There can be good opportunities to discover artists and bands close up and at the start of their music career! 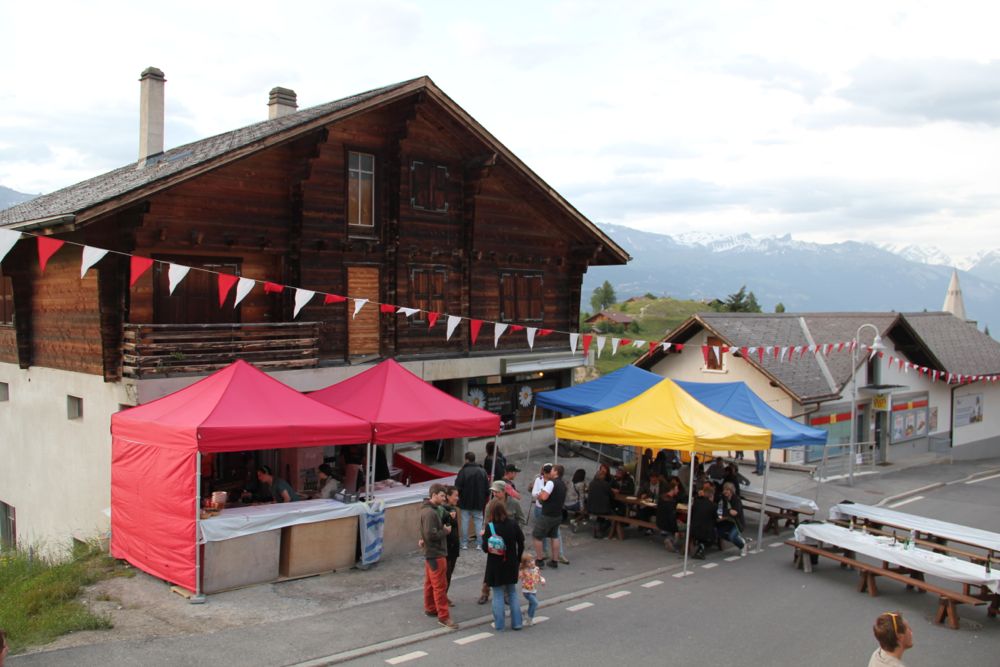 Catherine recently attended a small music concert called “Rock Nax” in a village of the same name. The village itelf is at 1,300 metres in the Valaisan Alps and for most of the year it’s a pretty but quiet little place, however in June the amps were turned up high and it was rocking to the sound of reggae with Valaisan artist Sayam (Guillaume Rey), rock with Vaudois artists Climax and finally The Rambling Wheels from Neuchâtel.

Although all three bands have been around for a while, it was good to see them in a small, rural setting and in this case playing under the eaves of local barn. 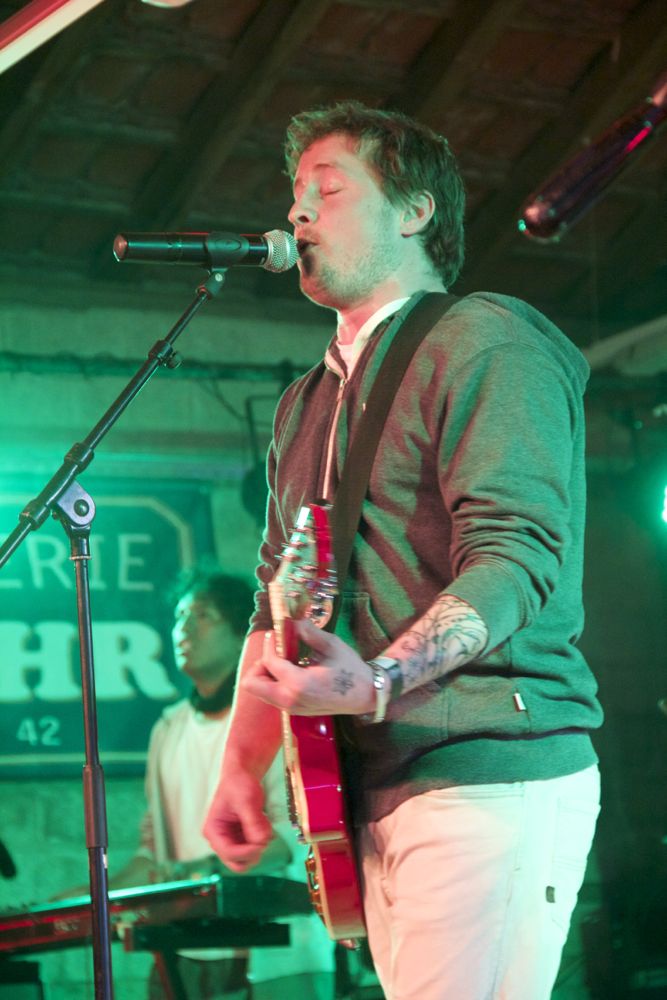 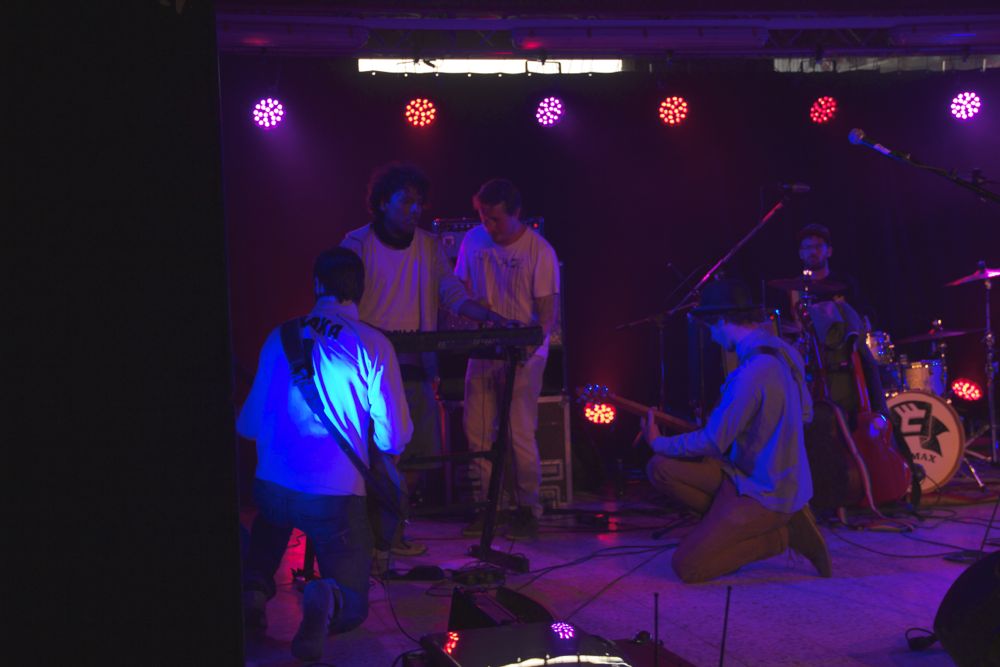 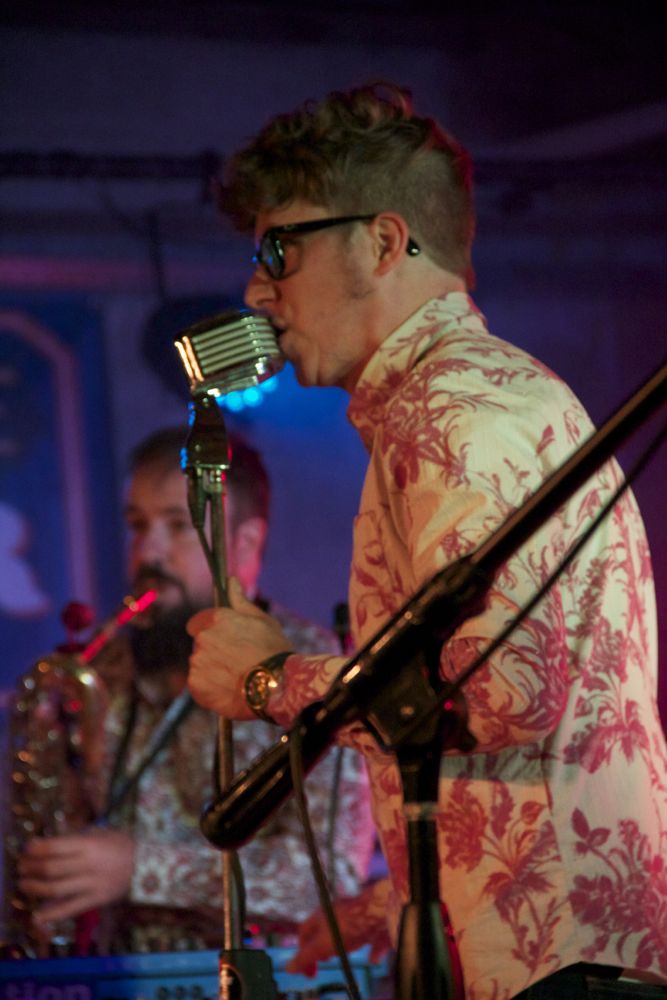 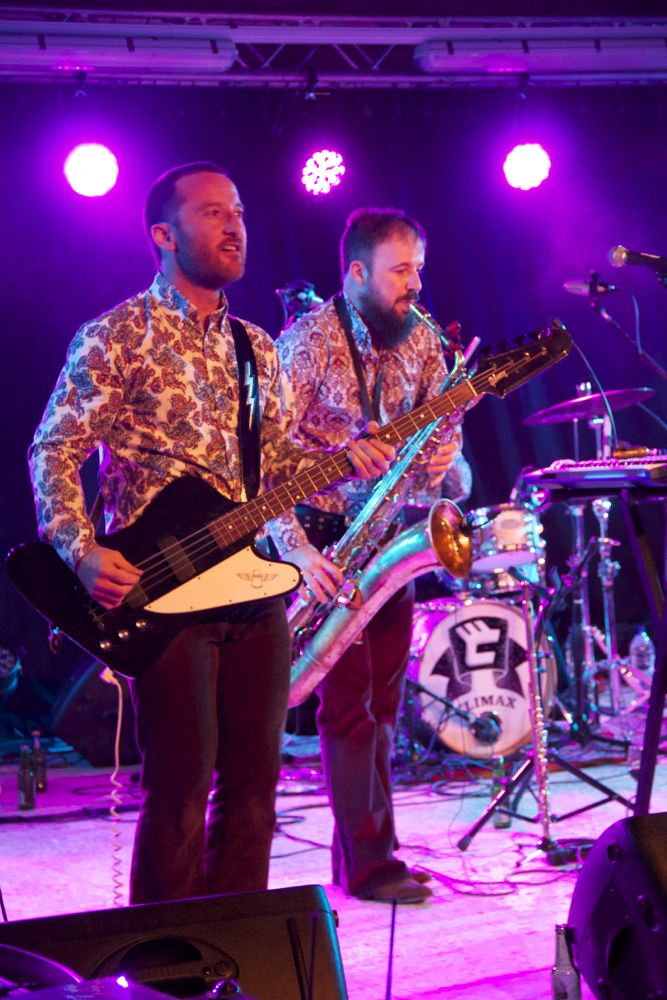 Meanwhile the bands, artists and tracks that have caught David’s eye are: FlexFab  an electro trip hop artist from Neuchatel with his track “Manoir”,  “Rice and Bones” by Zurich band Disco Doom (see video below) “My Friend”  by Schwarz and finally, La Cigarette du Condamné by Fabian Tharin.

It’s officially Spring here in Switzerland! Not only are many Swiss bands diving in to the new season with lots of vigour but they are preparing for summer music tours, releasing new albums and composing new music. There’s lots of good music on offer at the moment.

One sound that recently caught Catherine’s eye and ear, is the melodious and intriguing voice of Romina Kalsi, one of the vocalists from band Rocky Wood. This band currently live between Lugano and Berlin and call themselves an “Alt-Folk influenced Swiss-American pop band”.  All band members Theabio Besomi, Romina Kalsi, and Roberto Pianca, play several instruments and sing.  Check out this video below of “Blind Hawaii” from the band’s album “Shimmer”.  A track to sit back and truly chill out to. They have several dates lined up to perform in Switzerland in April, from Nyon to Olten to Solothurn. A band to watch.

As a complete contrast if you fancy a bit of Swing, jazz (and a lot of pizazz!) check out these two videos of Swiss Band Klischée with the track “Tin Tin”.

The first video is their official video and the second is from one of their live performances at the Bierhuebeli concert hall in Bern. It kicks off with Swing and morphs into a Roots-Reggae sound. This band have given over 100 live performances to date and by the look of this second video, they are definitely one to see live!  To find out more about this band and their music, see their website here.